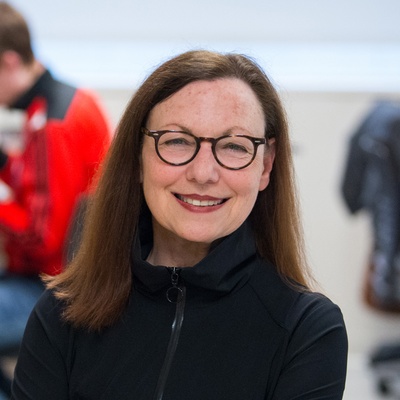 Shelley Berger, Ph.D., is the Daniel S. Och University Professor at University of Pennsylvania (Penn) and is a faculty member in the Cell & Developmental Biology Department and the Genetics Department in the Perelman School of Medicine, as well as the Biology Department in the School of Arts and Sciences.  Dr. Berger also serves as founding and current director of the Epigenetics Institute at Penn School of Medicine. Dr. Berger earned her Ph.D. from the University of Michigan, Ann Arbor and was a post-doctoral fellow at Harvard and the Massachusetts Institute of Technology. She previously held the Hilary Koprowski Professorship at the Wistar Institute in Philadelphia. Dr. Berger has organized numerous international meetings on epigenetics and chromatin and served as Senior Editor at several journals, including Molecular and Cellular Biology. She is a member of advisory committees for foundations such as Stand Up to Cancer, research institutions such as Max Planck, and biotechnology companies such as Novartis and Chroma. She serves on review boards and panels for NIH Director’s Advisory Council, NIH/NIA Board of Scientific Counselors, Gladstone Institute at UCSF, IGBMC (Strasbourg), CPRIT (Texas), the European Research Council (Brussels), Cancer Research UK (London), and numerous individual extramural and intramural review panels at NIH. She has served on international committees to establish nomenclature for histone modifying enzymes and to help create the NIH-sponsored Human Epigenome Project. Dr. Berger received the Glenn Foundation Award in Aging, the Ellison Foundation Senior Scholar Award and the HHMI Collaborative Innovator Award. Dr. Berger is an elected member of the National Academy of Medicine (2012), the American Association for Advancement of Science (2012), the American Academy of Arts and Sciences (2013), the National Academy of Sciences (2018), and most recently the American Associated for Cancer Research (2021).

Dr. Berger has been a faculty member for twenty-five years, spending the last decade at the University of Pennsylvania. Her research focuses on chromatin biology and epigenetic regulation of the eukaryotic genome, focusing on post-translational modifications (PTMs) of histone proteins, and she teaches and mentors in these subjects for undergraduates and graduate students in the Biology Department and in the School of Medicine at Penn. Dr. Berger has mentored 12 graduate students and 20 post-doctoral fellows who are successful in careers encompassing academia, the pharmaceutical industry, and scientific writing and teaching careers. An additional 20 trainees are currently in the lab, including a mix of undergraduates, graduate students, postdoctoral, and medical fellows. Dr. Berger received the Penn Biomedical Postdoctoral Programs Distinguished Mentor Award in 2016, and the Stanley N. Cohen Award in 2016, the highest recognition for basic biomedical research at the Penn School of Medicine.

Over its history, research in Dr. Berger’s lab has uncovered numerous chromatin enzymes and has addressed fundamental questions on their mechanisms in modifying both histones and DNA binding activators (i.e., the tumor suppressor p53) in transcription. These findings have contributed to the explosion in broad interest and focus on epigenetics in biomedical research. Indeed, in recent years her lab’s effort has become increasingly focused on the study of mammalian biology and human diseases, including epigenetics in cancer and other diseases associated with aging, as well as epigenetic control of learning, memory, and behavior in mammals and the ant model system. To fund this broad research portfolio, Dr. Berger currently has three NIH individual R01 grants and she is PI of an NIH P01 grant. In 2017, Dr. Berger established Epivario Inc. to develop epigenetic treatments for neurological memory disorders. Dr. Berger’s lab has published more than 200 papers and reviews, with many in high impact journals such as Nature, Science, Cell, and Genes & Development. Her work on epigenetics of behavior in ants has been covered in The New York Times and The New Yorker magazine.

Previous Next
Close
Test Caption
Test Description goes like this